The pain of getting better includes Phases ...

Dad is now in Phase 4: Recuperation. It too is not comfortable for the patient. 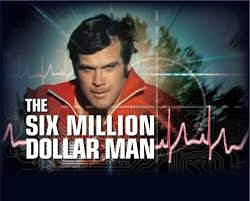 One of the biggest challenges is that such a medical procedure takes place in a controlled environment, first at a hospital which is designed for working on the patient's problem in a safe, secure, sanitary, and most importantly staffed environment, then at a rehabilitation facility which offers the same "luxuries."

All of this is provided in an effort to not only fix the problem but also rebuild the strength and functionality of the patient in a measured way.

Dad is now in the Rehabilitation center. It is on lock down. No Visitors are allowed at all. As difficult as it may be for patients to endure, it of course is for their own safety. Not letting Covid19 enter such a facility is a prerequisite for even having the place open at all. So, while Dad understands this, he is disappointed by it, to say the least.

So far he has done well during this whole process. His body reacted well to the Cardiac Cath, to the recovery from it. He was able to do the things to prepare for the TAVR procedure, like lose a lot of water, and get a little stronger. His Aortic Valve Replacement went without complication and he recovered well from that. All signs are nominal, meaning, his systems are working well. He doesn't need oxygen, his Blood Pressure is good, his O2 levels are good, and his pulse is good.

Yesterday, Friday, however Dad didn't feel well. I think he had a day where the piling up of events finally caught up to him. He was tired all day long, and the disturbance of transferring to the Rehab center was upsetting and cumbersome.

I hope that he can adjust to his new surroundings for the duration of the rehabilitation and get stronger during his time there. Yesterday, he was a bit shaky.

Dad is a tough hombre. But, when it comes to this he is a rather sensitive flower. In comparison, my brother Mark is a Giant and my Mom was a stalwart force even in the face of her terminal condition. Dad isn't one to endure things very well and he lets everyone know about it. I can't fault him for it because I have no idea the pain he is in, although I don't think he has any real pain, just maybe a couple of tweaks at his wound sites, which are relatively few and small.

On the other hand, sometimes I wonder just how effective Rehab is. I have nothing to base that on because I don't see the numbers. I have never been in Rehab myself so I can't really say. It doesn't seem to me that there is much real strength building going on. Just walking down the hall for Dad doesn't seem like enough. But, the professionals know their job and as we have seen progress is slow.

The bottom line on this entire procedure is that Dad can have a better quality and length of life. He will not be completely healed by this procedure. He will still have to follow regimens and stick to diets. He is after all, 89 years old and has more plumbing in him than a New York Skyscraper. He is becoming the "Bionic Man."

Mentally, Dad is not all there. It is difficult to assess his actual condition because he is such a good actor. He rallies when he talks to friends and relatives on the phone. That picks him up, or he ups his game to seem better than he actually is. Whatever it is, it is good for him, but it also tires him out.

When people talk fast, mumbling and quietly he has no chance at gathering what you are telling him. In order for him to understand what you are saying, you must speak slowly, loudly, and distinctly, especially on the phone but also in person. Even when he understands you and says "Yes, I understand." he doesn't. Even if he does he will likely forget what you told him. When you ask him a question the answer he gives is not necessarily the truth, not that he wants to deceive anyone, but because he doesn't really understand the question, or he just gives the pat answers. "How are you feeling? Fine" It isn't true, he isn't fine.

Some of this is due to the effects of anesthesia medications and will wear off over time. But, much of it is his true condition although he has no physical neurological problems. He had a CT (I think) brain scan on him to check to make sure he hadn't had any seizures or diseases. It is actually a bit of a mystery why he isn't clear minded.

I hope that all of this will improve in him so he can come home and function well on his own. He has always been able to take care of himself so I suspect that will continue.

Dad is a social animal. So not going to church, Kiwanis, and other events make him feel alone, and thus depends on me to provide 24/7 stimulation. The tragic loss of his friend Emily is something he hasn't quite grasped yet because it was such an unexpected incident. She was very good for him, and I guess he was good for her too. He became much calmer and reasonable after they started spending time with each other.

After he comes home from Rehab, he will continue to be treated by physical therapy at home. His home is very comfortable and he loves to sit in the sun or sit on the porch and watch it rain. He is looking forward to walking around the back 40 and getting on Mom's Tricycle if possible again. It appears he won't need O2, although I'm not sure about that entirely.

He will have checkups with the Doctors to make sure he is doing well.

My perception is that once he recovers he will be feeling much better. He already looks a lot better. I don't know how much he will be able to do in terms of driving etc. and this will have a great effect on what it will require from me.

I can use this period of no-visitation to do work around the house to clean and organize things a bit, as well as rest from the stress that the first part of 2020 has represented. For me, it is very difficult to free my mind, and body from caring for Dad to accomplishing much for my own progress. As Mark said, "Being here, I can barely think about anything else."

Dad is not a small person. He has a big presence and possesses a powerful will. He plays a good game to show off and he is defiant of weaknesses. He will not go gently into the night. He will not give up. It is not in his nature. Sometimes he plays the "Sweet little man" but believe me, he ain't. He is a good person, but not necessarily an easy person.

As for me, I'm just trying to get through the day.