The Barber of Seville by Rossini is one of the most popular operas in the repertoire, and of course it is a comedy.

I only did one production of it. It was staged in a hard shell circus tent, Das Kuppeltheater, while the theater in Osnabrück was being remodeled.

We played in the center of the circus surrounded on all but one side by the audience and the orchestra was behind us onstage.

This video of Fritz Wunderlich and Herman Prey in this 1st Act duet is a masterclass in German diction and in acting for opera. We did a lot more running around than they are in this scene but of course we weren't being filmed. The Count Almaviva is so much fun to sing and even more fun to act. I even got to belch onstage! 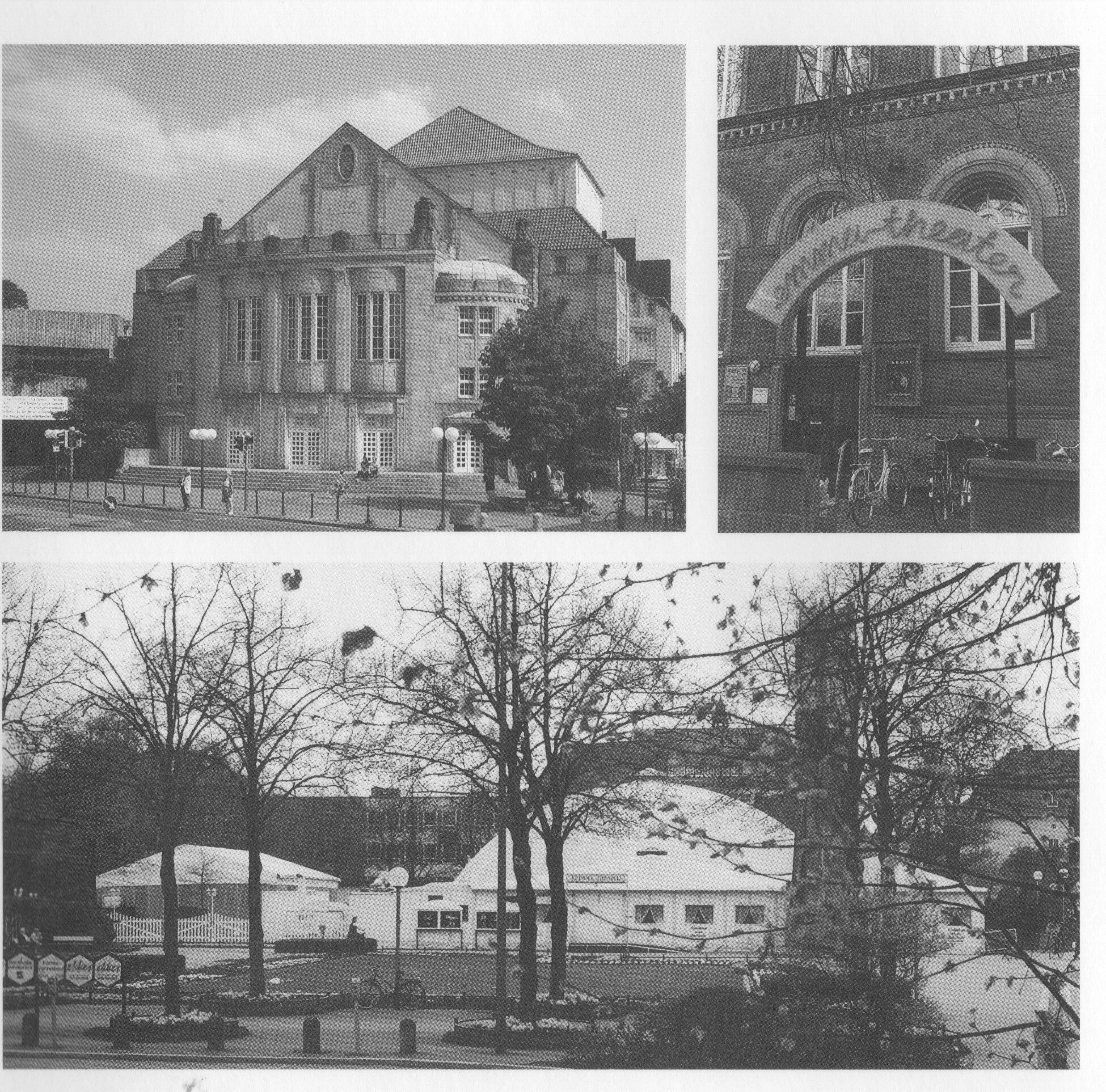 My first production in Osnabrück was Die Zauberflöte (The Magic Flute/Mozart) Tamino in 1991. I left the theater in 1996 to go freelance and then was hired in Karlsruhe that fall.

The Grosses Haus is shown above top left, where all of the mainstage productions were done as well as rehearsals.

The Emmatheater was a blackbox theater where we did small intimate productions. A cozy little theater. Did some great work in that little place.

The Kuppeltheater at the bottom was a temporary hard shelled circus tent of sorts that was used for all kinds of productions. It was constructed in Osnabrück for performances while the theater underwent major reconstruction.

At first we were rather horrified about it. Drafty, too hot, too cold, dusty, and tight quarters for the dressing rooms. But, I really came to love that theater and the large foyer that stayed open after the performances where people could hang out and have some refreshments till it was time to go home. Lots of good times in that place.

Lord what all did I do there...

La finta giardiniera, Les Mammelles des Teresias, Barber, and Mahagonny. Some of the best work I have ever done was in that Kuppeltheater. 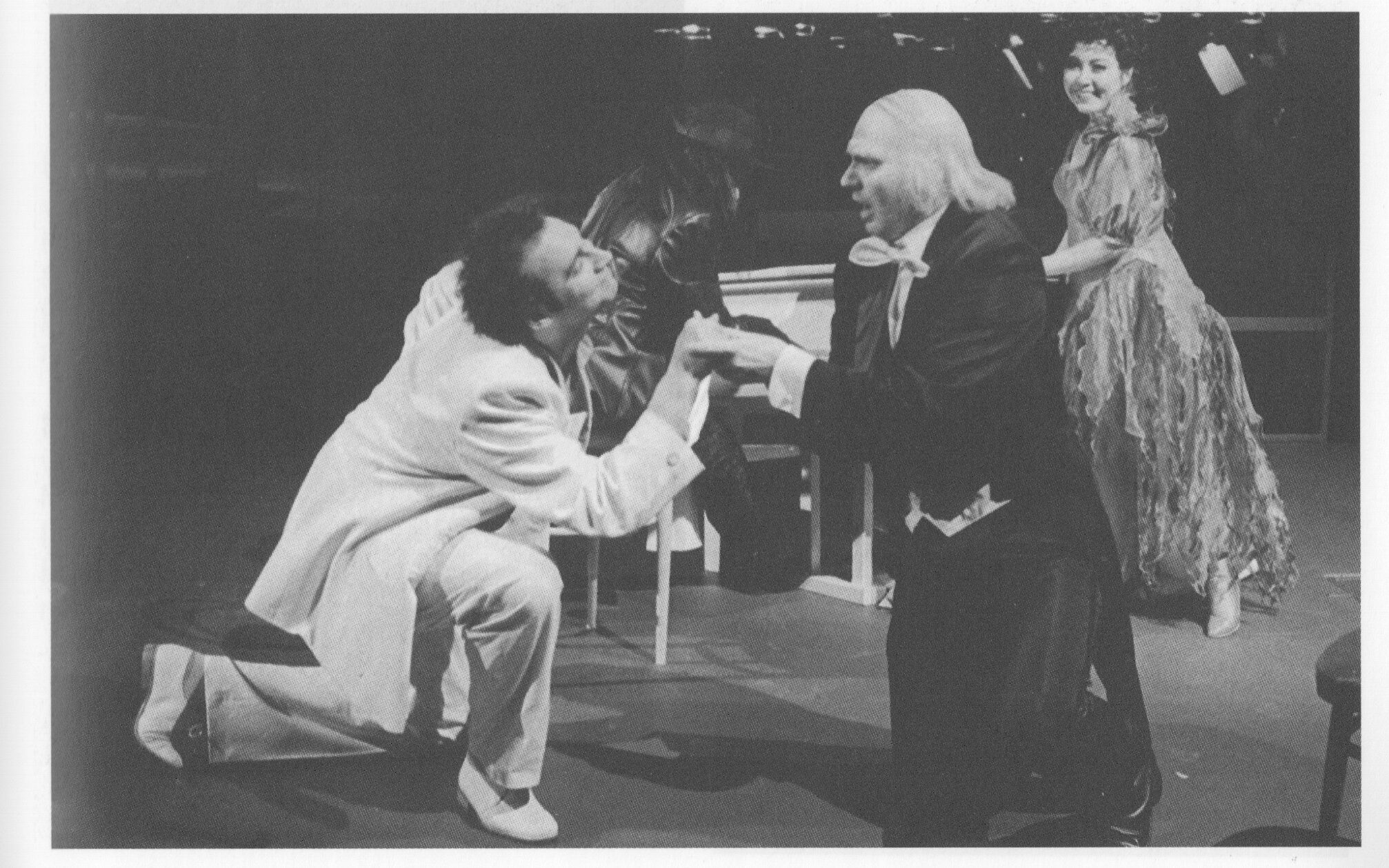 In the picture above I am sitting at the piano (barely visible here) accompanying Rosina, Yong Jiang.

Milko Milev in white is Figaro and Thomas Jesatko as Bartolo.

Every production is a battle to try and figure everything out in such unusual circumstances. But the audience seemed to laugh quite a bit, so it was worth it.